Everyone knows that Idyllwild and the San Jacinto mountains are beautiful in all seasons. But to see them at their peaceful and scenic best, it’s tough to beat a winter hike, especially after a fresh snowfall. However, this requires more planning than in the summer months – and depending on your level of ambition – likely more equipment. Although the first few months of both 2017 and 2019 felt like a winter wonderland across the entire mountain range, snow has often been sparse in past years, even at the highest peaks.

For general snow play, the Nature Center between Idyllwild and Pine Cove is a safe, recommended choice for families. If the snowfall has been at least several inches deep in Idyllwild, the Ernie Maxwell or Devil’s Slide trails can make for a lovely morning of snowshoeing. More adventurous folks can continue up the Devil’s Slide Trail to the meadows accessible from Saddle Junction, where the undulating terrain makes for ideal snowshoeing.

The truly adventurous can push on to the high peaks above 10,000 feet, but keep in mind that during and after many winter storms, this will likely require special equipment and considerable mountaineering expertise. Fitness capability and a healthy respect for mother nature’s unpredictable, ever-changing mountain weather can prove intimidating to the uninitiated and invigorating to seasoned climbers. For safety sake, always tell someone where you’re headed and when you anticipate returning.

With or without snow, always be prepared for the cold. ‘But hang on,’ you say, ‘this is Southern California, how cold can it actually get?’ During and immediately after a winter storm, temperatures at Idyllwild (5,000-6,000 feet) can get well below freezing. If you venture into the high country (above approximately 8,000 feet), be prepared for the possibility of a severe cold. During winter storms, I have occasionally recorded wind chill temperatures below -20 degrees at San Jacinto Peak. Come prepared, rarely do people imagine that it can get so cold in Southern California!

But don’t let cold temperatures put you off, because the rewards of spectacular views and wonderful experiences can be exceptional. Even if you don’t plan to wander far from the car, you’ll find gloves, hats, a warm coat,

and a scarf invaluable. For those heading into the high country, quality technical clothing designed for such conditions becomes essential. In all cases, staying dry is critical to warmth and comfort; focusing on footwear and gloves that are at least water-resistant will definitely pay off.

For longer trek’s staying on your feet can be a challenge, especially as freeze-thaw cycles often result in icy, rather than snowy, conditions. Traction devices that slip on over footwear, such as microspikes or trail crampons, are the best way to avoid a painful fall. It takes practice to get comfortable hiking in snowshoes, but once you master them, they’ll provide access to fresh powder in pristine backcountry areas. Serious hikers heading into the high country may need mountaineering crampons, always used in conjunction with an ice axe, to traverse ice and icy snow.

The ranger stations at Mount San Jacinto State Park and the U. S. Forest Service office in Idyllwild can assist with advice on current conditions.
Jon King writes The San Jacinto Trail Report, which provides accurate and detailed trail conditions, equipment recommendations, and weather reports year-round, especially before, during, and after every winter storm. The Trail Report is an entirely volunteer and donation-based project that is freely available to everyone at San Jacinto Trail Report 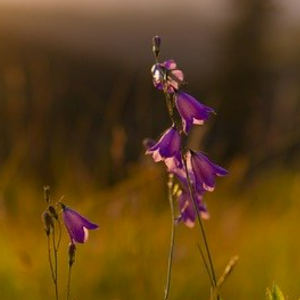